Bel Canto Choir Vilnius & Friends performed a concert including the most beautiful cinematic music and a very special Sunrise Mass by Ola Gjeilo at the Lithuanian National Philharmonic Hall on January 29, 2016.

Bel Canto Choir Vilnius, which captivated local audiences at the end of 2014 with the Lithuanian premier of Sunrise Mass by Ola Gjeilo, one of the most popular contemporary Norwegian composers, returned to the Lithuanian National Philharmonic Hall on January 29, 2016 for another performance of this modern, cinematically inspired composition. Bel Canto Choir Vilnius also presented Ola Gjeilo’s Serenity. The rest of the program featured the Choir’s beloved cinematic music. 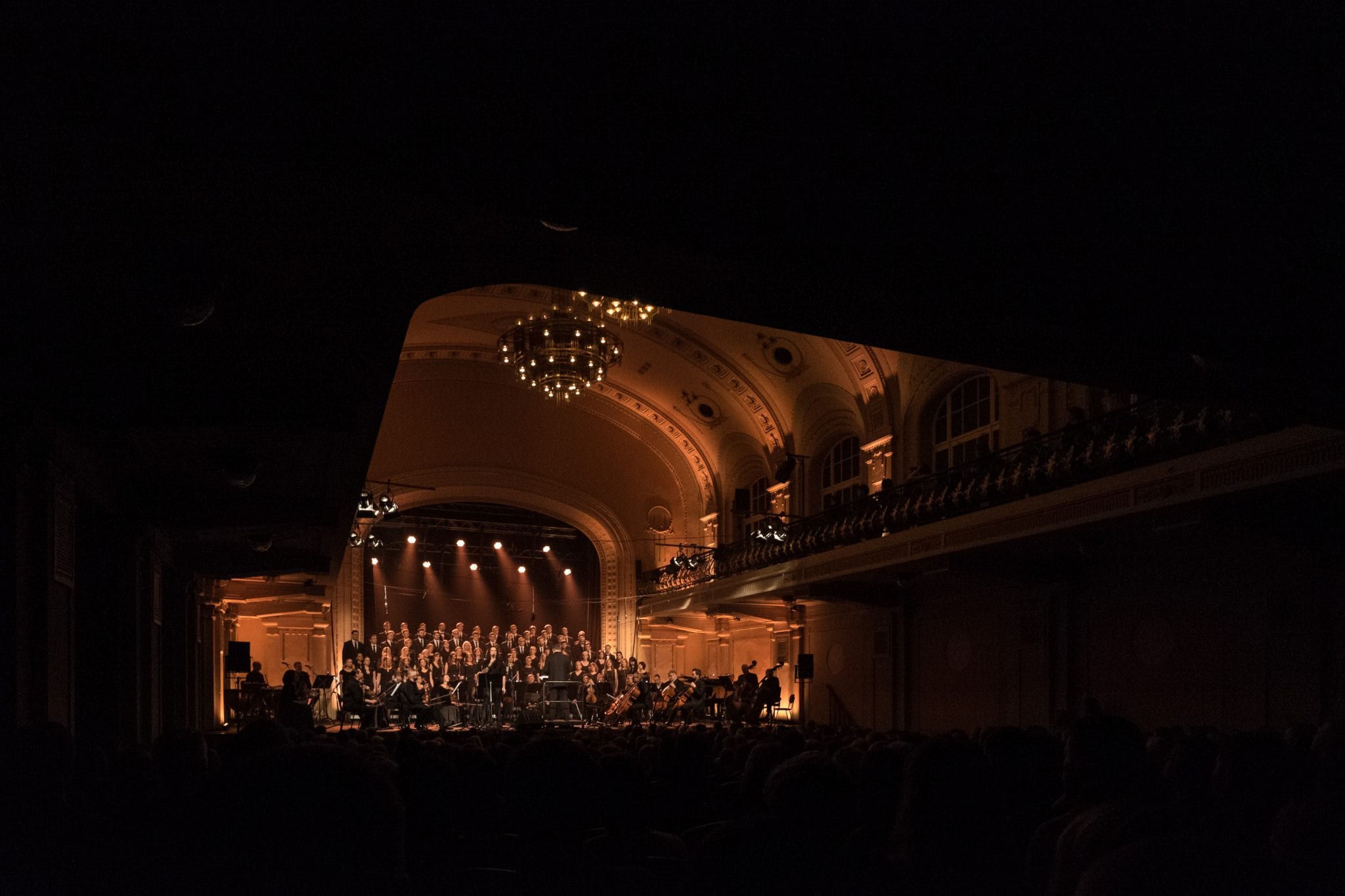 The concert began with cinematic music and featured a special accent – the main theme from the movie Schindler’s List, whose music was composed by John Williams. This renowned American composer and conductor has won 22 Grammys, five Oscars and dozens of other prestigious music awards. He has composed music for movies like the Star Wars series, Home Alone, Saving Private Ryan, War Horse, the first three Harry Potter movies and many more.

The first part of the CineMass concert ended with music from Sir Andrew Lloyd Webber’s and Tim Rice’s rock opera Jesus Christ Superstar, which has not been performed in Lithuania in quite a while. Bel Canto Choir Vilnius, aided by soloists Ieva Prudnikovaitė and Jeronimas Milius, performed three songs from this cult rock opera, which inspired the musical and the movie of the same title. 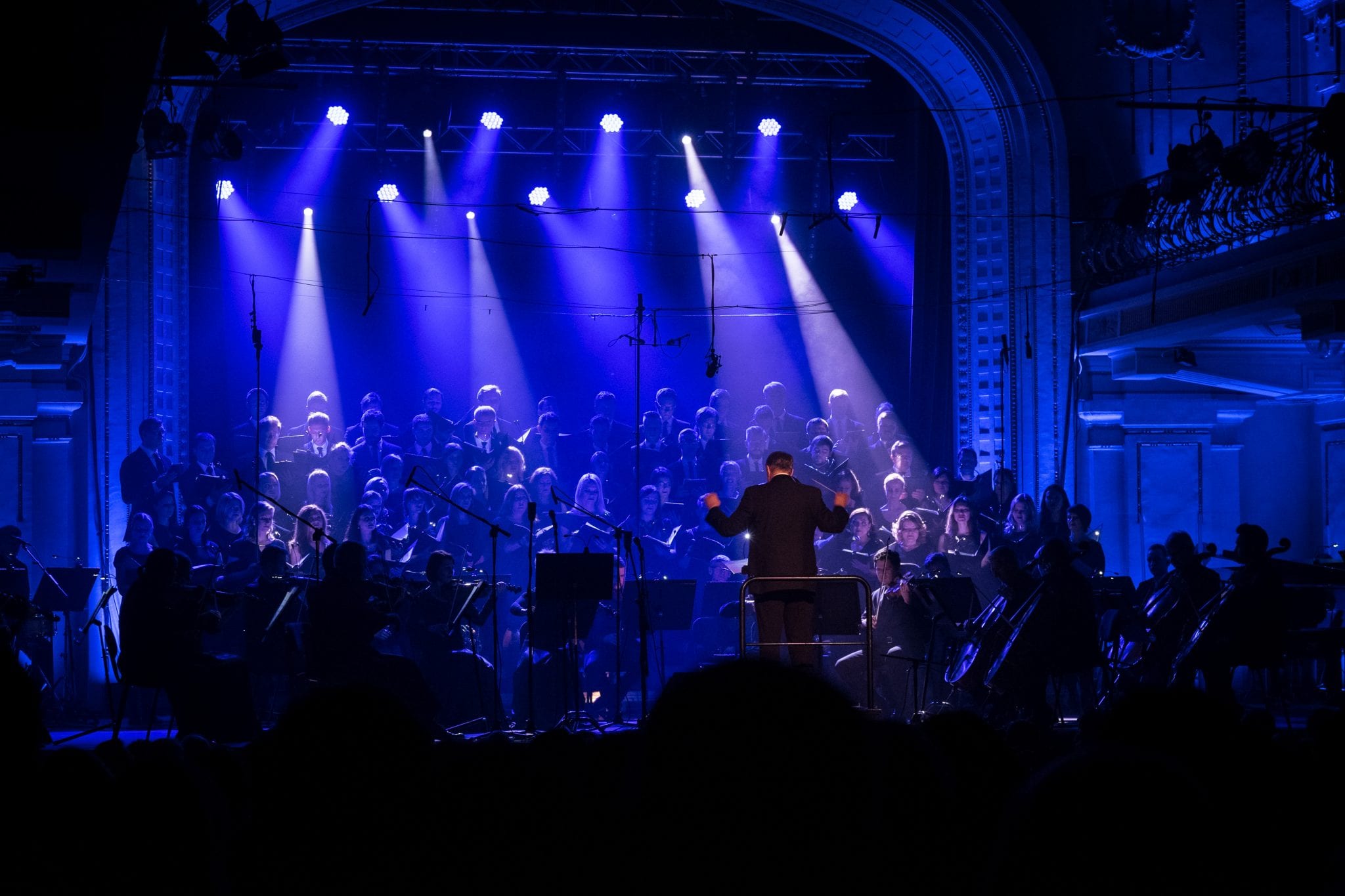 The cornerstone of Bel Canto Choir Vilnius’ concert was the Sunrise Mass – a four-part piece for choir and strings written by Ola Gjeilo, one of the world’s most popular Norwegian contemporary composers. This exceptionally light, moving and uplifting work is a different, original, and modern take of the young composer – currently residing and working in New York – on the centuries-old genre of Mass in church music.

Gjeilo says he had aimed for a different approach to the traditional Latin text of the Mass. The transparent and spacey music of the work evolves into earthy and grounded sounds, while nebulous and pristine feelings are gradually replaced with more emotional, dramatic ones. Even the traditional parts of the Mass are given new and vivid names, such as The Spheres (Kyrie), Sunrise (Gloria), The City (Credo), Identity & The Ground (Sanctus / Benedictus and Agnus Dei). Gjeilo says that his entire oeuvre, including the Sunrise Mass, has been heavily influenced by film scores, while his favorite authors are American film composers.

Once Upon the Time in the West
Ennio Morricone