The Sixteen and Bel Canto Choir Vilnius together in Concert!

Bel Canto Choir Vilnius, Lithuania’s best mixed volunteer choir, presented its special guest – The Sixteen, a Grammy-nominated ensemble, winner of numerous prestigious awards and one of the world’s best choirs, based in the United Kingdom. The Sixteen (founder and conductor Harry Christophers CBE) and the Bel Canto Choir Vilnius (artistic director Dr. Egidijus Kaveckas) performed their only concert in the country – The Deer’s Cry – on November 2, 2017 at the Vaidila Theatre in Vilnius.

The Sixteen’s tour in Lithuania and Estonia was funded by Rothschild & Co., one of the largest financial consultancies in the world. The concert of The Sixteen and the Bel Canto Choir Vilnius was sponsored by the British Chamber of Commerce and Barclays Bank’s technology center in Lithuania. 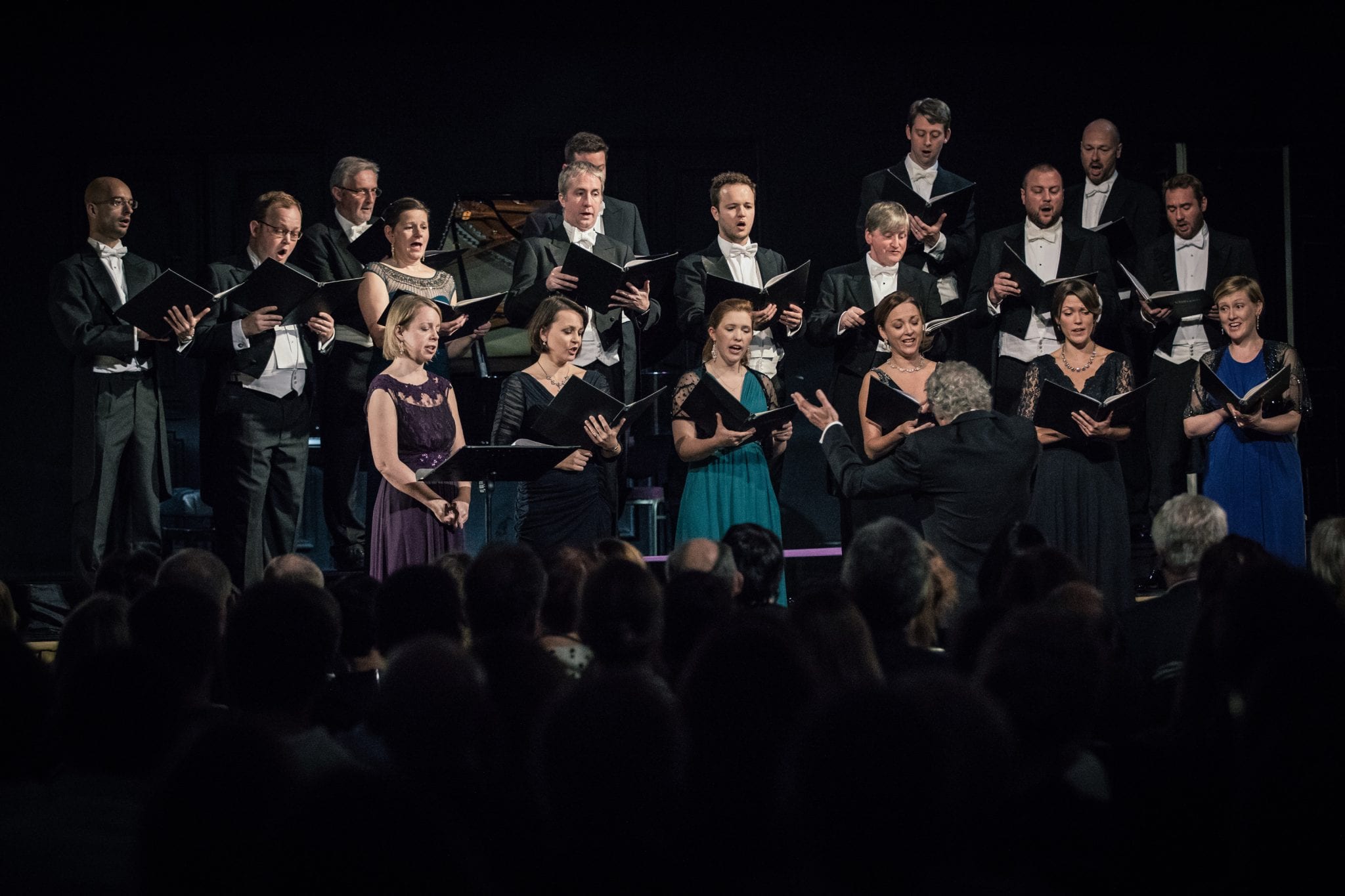 The Sixteen, which performed for the first time in Lithuania, presented one of its most impressive programs – The Deer’s Cry. It included works by English Renaissance composer William Byrd, who have become one of the choir’s calling cards, as well as pieces by contemporary Estonian composer Arvo Pärt, a genius of minimalism. As the choir explains: 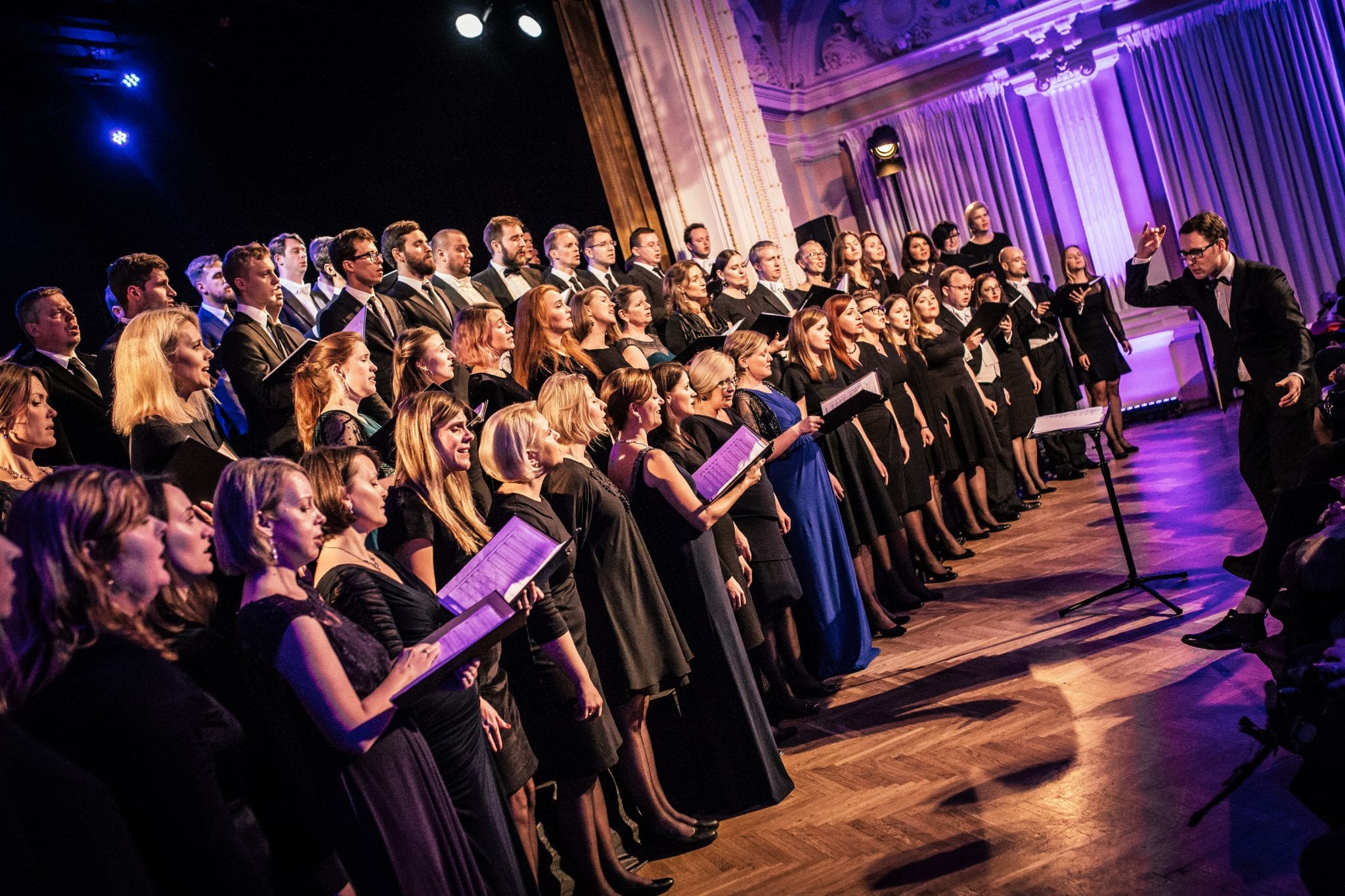 “It’s a great honor for us to welcome and host The Sixteen, one of the world’s greatest choirs, to Lithuania and organize a joint concert. Though we are a volunteer choir, we share the same passion and ambition as world’s best professional choirs – our passion for music, a constant ambition to improve, to learn, to exchange experiences and knowledge. I am certain that this joint project with The Sixteen will inspire our choir team to overcome even greater challenges, provide them with even more priceless experience and knowledge, and stoke our honest desire and efforts to improve the level and popularity of choral music in Lithuania,” said Egidijus Kaveckas, artistic director of the Bel Canto Choir Vilnius.

The Sixteen is recognized as one of the world’s greatest ensembles. Comprising both choir and period-instrument orchestra, The Sixteen’s total commitment to the music it performs is its greatest distinction. A special reputation for performing early English polyphony, masterpieces of the Renaissance, bringing fresh insights into Baroque and early Classical music and a diversity of 20th-and 21st-century music, is drawn from the passions of Founder and Conductor Harry Christophers CBE.

The Sixteen are ‘The Voices of Classic FM’, Associate Artists of The Bridgewater Hall, Manchester, Artistic Associates of Kings Place, London and hold a 2017-2018 residency at Wigmore Hall, London. The group promotes The Choral Pilgrimage, an annual tour which aims to bring music back to the buildings for which it was written. The Sixteen also features in the highly successful BBC television series, Sacred Music, presented by actor Simon Russell Beale.

Over 150 recordings, including many award-winners, reflect The Sixteen’s quality in a range of work. In 2009 The Sixteen was given the accolade of Classic FM Gramophone Artist of the Year as well as winning Best Baroque Vocal for its recording of Handel’s Coronation Anthems.

The Deer’s Cry concert in photos

The woman with the alabaster box
Arvo Pärt