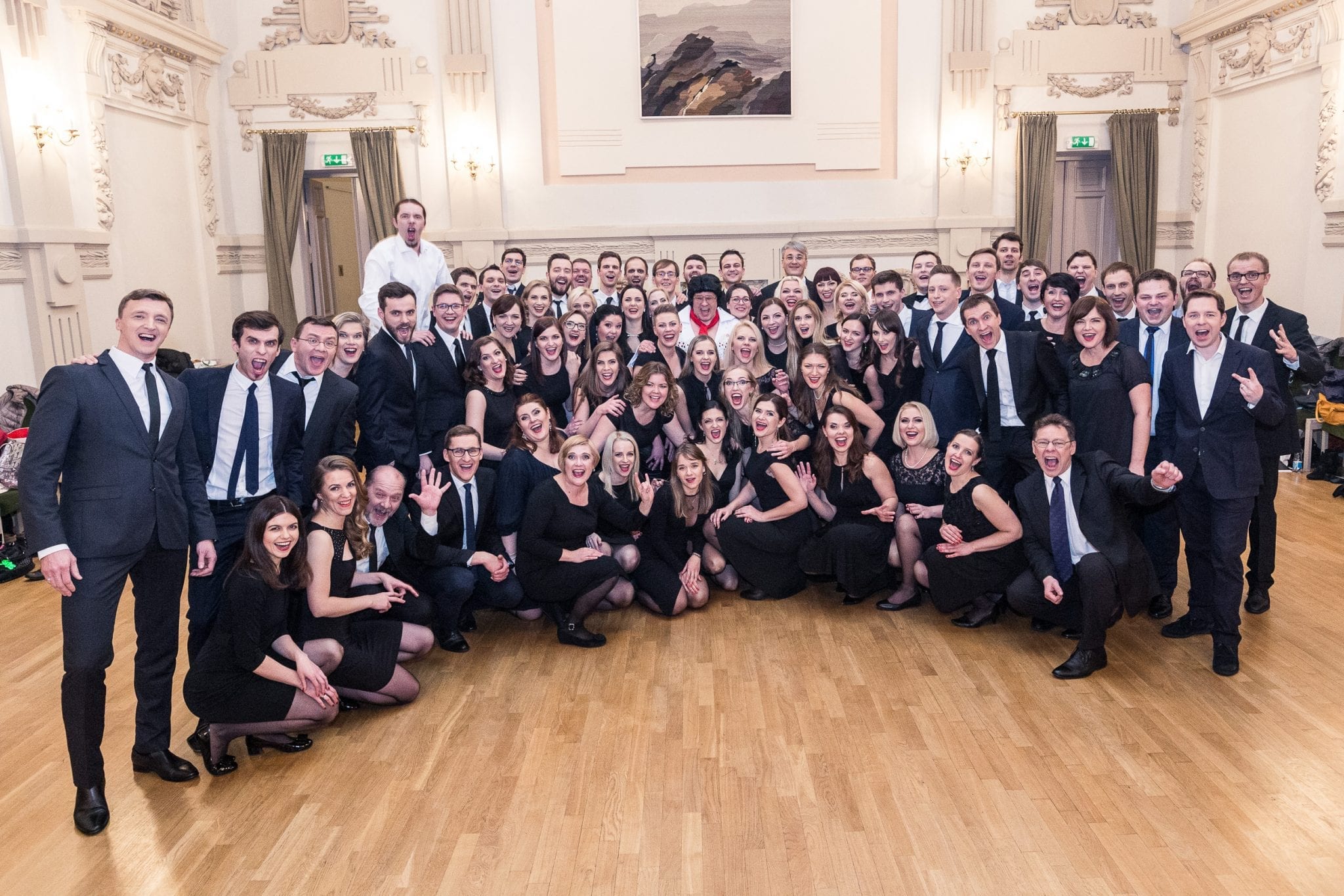 “I am thrilled that our three concerts at the country’s most prestigious classical music hall resulted in such a record. This success is the result of our consistent work. Through the efforts of our enthusiastic, motivated and persistent choir members, we earned the right to organize the regional premier of Deep Field by Eric Whitacre, one of world’s most famous contemporary composers. Vilnius became the third city in the world in which this special piece was performed,” says Artūras Dambrauskas, Artistic Director & Chief Conductor at Bel Canto Choir Vilnius.

The Deep Field concerts, which the Factum agency of the Lithuanian Culture Foundation included in the country’s record book, were held on December 20-22 in 2015. The performances were attended by audiences totaling1,884 people. The cornerstone of the program was Deep Field, a new piece for orchestra, choir and mobile app by Eric Whitacre, perhaps the biggest rock star of the worldwide choral scene. The composer wrote this piece inspired by pictures from the NASA Hubble Space Telescope that showed the deepest view of the universe currently known to science. In this cosmic composition, written in a cinematic music style, the composer combines the unlimited possibilities of an orchestra, a choir and modern technology. For the first time in choral and classical music history, the audience’s smartphones, equipped with a pre-downloaded special mobile app, are used in the work – each becoming a musical instrument.

Bel Canto Choir Vilnius performed the Deep Field concerts together with the Lithuanian Chamber Orchestra (artistic director Sergei Krylov). Also featured were an additional orchestral composition, and the Giunter Percussion ensemble. The Choir even had to extend the Philharmonic’s stage by a meter to accommodate more than 130 performers – 75 Bel Canto Choir Vilnius singers and some 60 orchestra musicians.

“This historic entry in Lithuania’s record book is one more milestone in our team’s effort to change the face of choral music in our country. We don’t want to accept the fact that choral music has been relatively abandoned and forgotten in Lithuania. Compared to the United States, the Nordic and Asian countries, other Western countries and even our Latvian and Estonian neighbors, choral art is undervalued and unpopular in Lithuania. We do not produce world-class works, talents or innovations. I am glad that, with the help of private sponsors, our team has delivered some results already. We will continue to live out our dream and ambitions not just to delight and surprise our viewers with excellent performances, but to change the perception of choral music in Lithuania as well,” said Audrius Valatkevičius, President of Bel Canto Choir Vilnius.

Bel Canto Choir Vilnius is a volunteer choir established in 2009 by the singers themselves. The team now unites more than 70 people who dedicate their leisure time to singing. The choir is led by its artistic director Artūras Dambrauskas. Bel Canto Choir Vilnius won Lithuania’s major choral competition in 2013 and was thus recognized as the best mixed voice volunteer choir in the country. Together with other great choirs from around the world, it was awarded a gold medal at the 2014 World Choir Games, and it has received high marks in other international competitions. Bel Canto was the first choir in Lithuania to create a professional YouTube channel and to begin publishing its recordings on iTunes, Amazon and Spotify.